Today was Quad IV Day at the Texas Nonprofit Theatre AACTFest 2013 conference, with performances by all four of the theatres from the southeastern Texas quadrant that includes Baytown and neighboring cities. First was Port Arthur’s Act 1 Scene 1 presenting The Diary of Adam and Eve, which is a heart-felt adaptation of Mark Twain’s witty story of the First Couple. Approaching Lavendar was a delightful introduction of the Katy Visual & Performing Arts Center to TNT participants. They were a fun group to have at conference. Dickinson’s Bay Area Harbour Playhouse, led by legendary director Bennie Nipper, offered the comedy Dashing Through the Snow. And BLT’s God of Carnage capped off the night with a raucous performance that left the audience whooping with laughter. Baytown, you can be proud of your director, cast, and crew who have represented you with pride and confidence. All of the companies await the announcement of the results tomorrow night. There will be two more performances tomorrow afternoon. 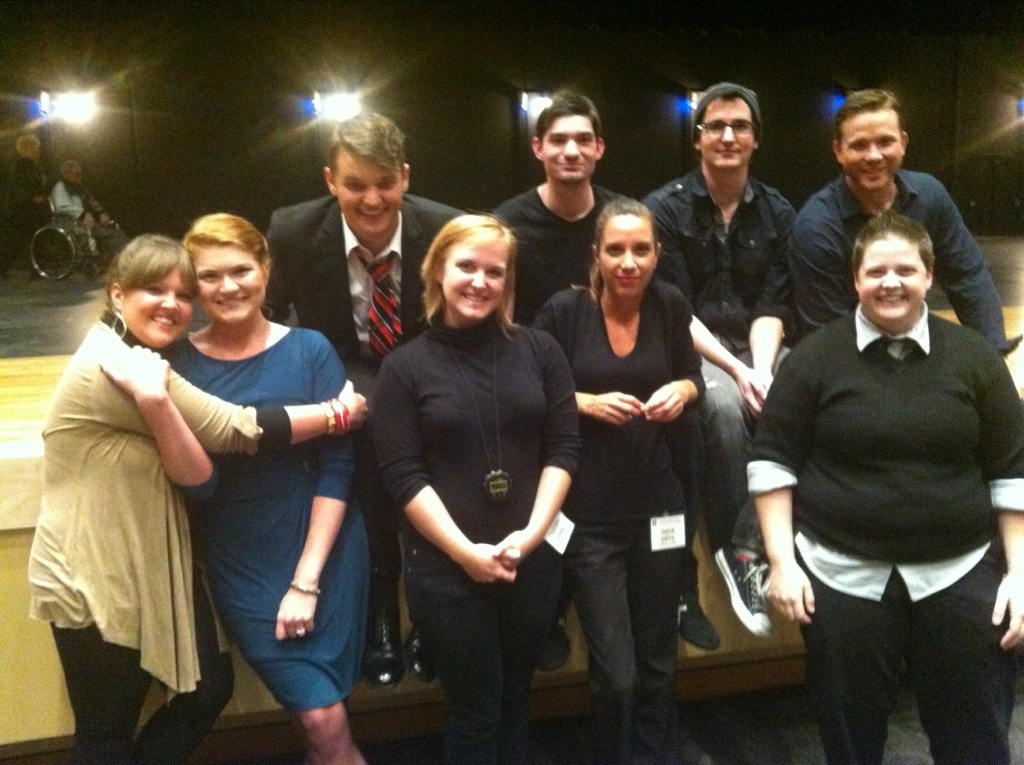